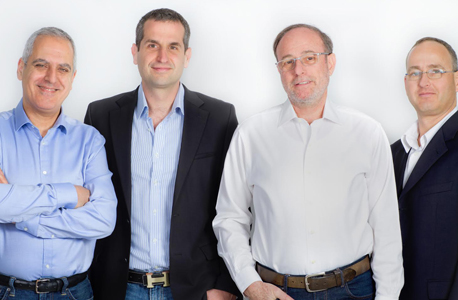 Israeli cybersecurity startup Karamba Security announced on Thursday that it has signed a multi-year agreement with data storage powerhouse Seagate Technologies. Under the agreement, Seagate will license Karamba’s VCode binary analysis security software, using it to improve the protection of its flagship storage systems against cyberattacks. The companies didn’t announce financial terms, but market experts are estimating the deal to be worth hundreds of thousands of dollars, with the potential of increasing significantly over the coming years. VCode software will be used as part of Seagate’s Lyve product line, an edge-to-cloud mass storage platform that will serve millions of users. According to Karamba, VCode software will automatically indicate security issues throughout Seagate’s supply-chain system, without changing any of Seagate R&D or supply chain processes. Seagate, which has a market cap of over $22 billion, will use VCode to locate cyber vulnerabilities (including third-party software modules) and obtain concrete recommendations for correcting the vulnerabilities.

“Seagate is one of the leading data storage companies in the world, both in terms of market share and revenue. When Seagate’s Israeli Innovation Center approached us, it was clear to us that this was an excellent opportunity to form a partnership with the company’s global headquarters,” said Ami Dotan, Karamba’s co-founder and CEO. “The strategic agreement between the two companies was forged and finalized in record time thanks to the Innovation Center.” Karamba has developed embedded endpoint protection for connected devices in automotive, Industry 4.0, enterprise edge, and IoT. Karamba has partnered with over 60 Fortune 500 companies to date, signing agreements to protect 12 million IoT devices around the world. Among its many accolades, Karamba most recently was awarded the highest honor from Interop Tokyo, named “Best of Show” in security. CRN also named Karamba to its 2021 Internet of Things 50 and featured the company among the 10 Coolest IoT Security Companies.