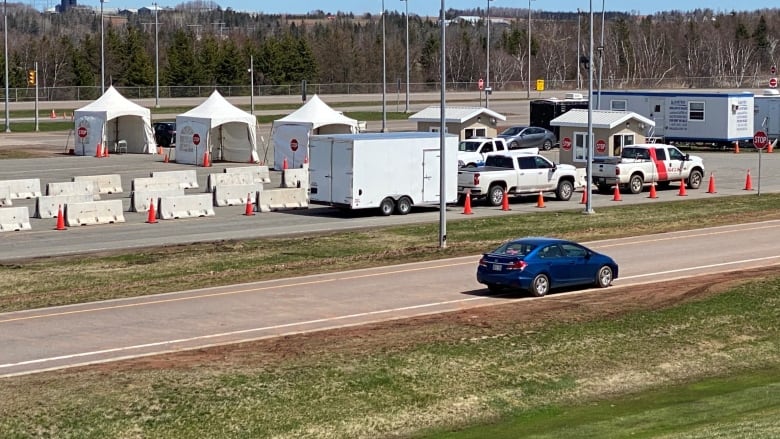 A cybersecurity expert in New Brunswick is warning that uploading personal documents online to apply for a P.E.I. Pass is putting people’s personal information at risk.

The applications for the pass, a document that will make travelling to the Island easier, opened last week for residents of the Atlantic provinces who are at least partially vaccinated against COVID-19.

Starting today, P.E.I. residents no longer have to upload documents to the website; instead, they can agree to let public health officials check on their vaccination status, and will be allowed to show a form of ID on arrival that proves they’re residents.

But people travelling from other provinces still have to upload documents such as their driver’s licence and their vaccine info.

A cybersecurity expert in New Brunswick is warning that uploading personal documents online to apply for a P.E.I. Pass is putting people’s personal information at risk.

Reg MacWilliams, a cyber security professional with Secure State Cyber, says this is creating a website that is vulnerable to hackers, and could put people at risk of identity theft.

“You could have a website hosting driver’s licence, bank account numbers, email addresses, addresses … place of birth, place of residence, that is a whole lot of information,” said MacWilliams.

“It’s a kind of a hotspot for malicious actors.”

MacWilliams started to apply for the P.E.I. Pass himself, to come visit his parents on the Island, when he said he became concerned about the amount of information he had to upload to the site.

He reached out to the Office of the P.E.I. Privacy Commissioner with his concerns.

“They responded back the next morning saying that … my concerns were valid and that they would remediate the situation,” said MacWilliams.

Later that day, the site added a disclaimer advising non-Islanders wanting a pass to black out unneeded private details before uploading images of their IDs.

For MacWilliams, that’s not enough.

“Most people aren’t technically savvy enough to understand the risk behind that,” he said.

MacWilliams said a better approach would be to create a federal program for proof-of-vaccine for travel.

“But you’ve got to factor in the timeline of how fast can they build up that platform and roll it out, versus people wanting to travel,” he said.